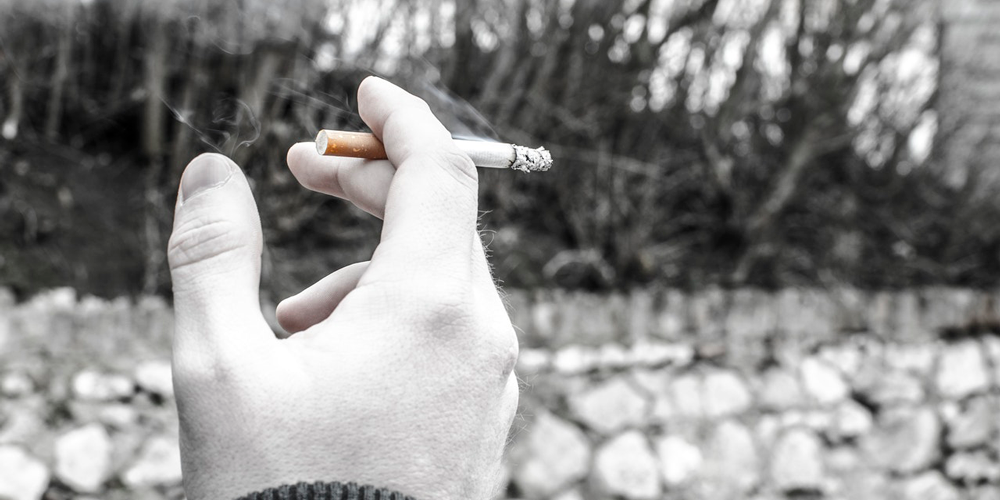 Smoking of tobacco is one of the subjects which one would not find in the Qur’an the Holy Scripture, authentic Ahadiths or in any books of jurisprudence. For this reason we have to look into the origin and history of “tobacco” and ascertain how it came about in usage as we see it today. Tobacco is smoked in variety of ways; cigar, Indian Beedi, cigarette and ‘hukka’ the modern day ‘shisha’. On the Indian sub-continent a certain type of tobacco is chewed by making it scented or spiced by putting it in betel leaf called paan. It is also well known that up to a while ago in parts of America men used to chew tobacco leaf. Historically powdered tobacco leaves were sniffed in many a regions of the globe.

Even today if we look around, most of the Muslim countries produce items to smoke, especially the cigarettes. It is estimated that over 70-80 % masses smoke in India, Pakistan, Bangladesh and Egypt. We even found that ulemas and scholars of shariah indulge in habit of smoking.

Nicotine, the chemical in tobacco is addictive like cocaine, morphine and alcohol. Apart from this there are innumerable other chemicals in tobacco , that are called “tar” as a group and could be cancerous causing other health risks.

Nicotine usually has many a different effect on the body. For example, increasing of blood pressure and heart rate, supposed stimulation of memory and alertness. Weight loss because of decreased appetite. Mood boost at times gives illusion of relief from minor depression and false sense of well-being.

Once addicted to smoking, it makes it cumbersome to give up, as the withdrawal symptoms are

There are more than 70 different species of tobacco. It is a plant of genus nicotiana within the family of nightshade. Dried tobacco leaves are used in cigarettes, cigars, pipe tobacco, snuff, chewing tobacco and flavoured ‘shisha tobacco.

Historically tobacco smoking became a norm in 1000 B.C in Maxico as a belief of American Indians that it was a gift from the Creator to smoke and, it was construed that exhaling the smoke was a sign of one’s thoughts and prayers to the Creator. It is interesting to note that in India and China it was then common to inhale smoke from cannabis and optimum.

Tobacco plants are cultivated in several ways and to slow down oxidation cured by various methods. Some of these are known as Air cured, Flue cured and Sun cured.

Statistics are that major producers of tobacco now are:

China deploys over two millions hectares land for farming and employs millions of farmers to grow in access of three and a half millions tonnes of tobacco leaf yearly. The largest quantity by any measure. India produces around nine hundred thousand tonnes yearly. There are a few other producers like Philippines, which manage to keep cigarette prices of their consumers low.

Child Labour is constantly used in tobacco farms, namely in Argentina, China, Brazil, Indonesia, India, Zimbabwe and Malawi. The irony is that poverty makes them work for least monetary returns, though the majority suffers with nicotine poisoning called “Green Tobacco Sickness “. Handling wet leaves that makes nicotine to be absorbed in the skin causes permanent disjunction of the brain.

Pesticides are used in large amounts to boost the crops, which harm the farmers, and together with that fertilisers end up in the soil, waterways and are known to effect the food-chains. China was the first country to approve commercial planting of GM crops, and France and America have been conducting GM trials.

Why should one Not smoke?

Research does not show any benefit or nourishment to health if one smokes or chews tobacco.  Reality is the after effects are injurious to health, though producers and manufacturers of various kind of smoking aids would publicise and advertise their produce as chic, manly and a part of fake etiquette.

Aside the cumbersome existence of labour producing tobacco on a paltry and meagre wage and ill-effects on their health, we have to look from the Islamic perspective along with dire health issues the smokers in a sense buy for themselves.

Firstly, the Islamic injunction are:

do not kill your people; surely Allah is merciful (charter 4:29 last part in Surat anNissa)

Is it not true that as shown in various photo depiction of inscriptions on cigarette packaging that the smoking is the main cause of many a diseases that smokers afflict on themselves and, even habitually smoking women unintentionally do assist disfigurement  of the unborn foetuses? It is well known that even passive smoking is also dangerous to people who inhale smoke which had been exhaled by smoker. That’s why there are now specific places for people to smoke, outside cinemas, restaurants, offices and all public places. Strictly there is no smoking in any public transport, and even in private cars where your own children could be present.

Secondly,  Allah says in the Qur’an in 17:26 chapter al-Isra that one should not become spendthrift or squander wastefully. How is it then when a packet of cigarettes costs on average six pounds, we Muslims who are of modest means are able to kindle a pack or two per day without even thinking about the effects of this unnecessary expenditure on our own family? Besides that have we not been warned to spend on good causes, and to enhance other less fortunate people’s lives?

Do we not refer to 2:267 or 2:254 whence we are warned of being accountable for our expenditures? Could we not feed a family in Pakistan or two families in Bangladesh for the whole month, if we want to relieve their hunger and poverty, for the costs of our weekly smoking bill of say, £6x7days=£42, which at current  exchange rates tantamount to a substantial sum?

Thirdly, the verse 7:157 in chapter al-Araf of the Holy Qur’an is indicative of permissibility of such items as tobacco as under:

“Those who the Apostle-Prophet, the Ummi whom they find written down with them in the Taurat and the Ingeel- who enjoins them good and forbids them evil, and makes lawful to the the good things and makes unlawful to them impure things and removes from them their burden and the shackles which were upon them: so as far those who believe in him and honour him and help him, and follow the light which has been sent down with him, it is they who will prosper

Where is the doubt now in ascertaining that tobacco is one of the commodity that is unhealthy, taxing on the pocket and injurious to healthy living

Having learnt the historical truth and verities of smoking, chewing and sniffing tobacco there is only one action a sane person, a devout Muslim can take and, that is GIVE IT UP, PACK IT IN, NEVER GO NEAR IT, ABSTAIN – SPREAD THE WORD

As it was stated in the early part of this article that the Islamic jurisprudence does not have any writings on smoking, but the logic does persuade us to make wisdom prevail to save our own health, use our hard earned monies wisely,  to enhance and improve other fellow people’s lives and, to an extent serve the humanity by our good deeds. A Muslim would become a good human being if he shows responsibility by patronage, charity, protector -ship with true axiom of his faith ( huqooq ul ibad) to other Muslims and the mankind in general.

After serious warnings with horrible and horrid pictures on cigarette packaging negotiations are going on with procures to delete “brand names” and bring out plain packs from next Spring. It is imperative to state that efforts to selling produce from behind the camouflaged counters were of no avail. As the photos below show if the contents of the packaging do not deter users the packs itself would make them think twice before the puff of smoke leads them to be discarded as a weed.

Twist of the time is now forcing smokers away from their dedicated smoking areas as well. The first of its kind of ban is being placed by anti-smoking campaigners on outdoor smoking in squares of city of Bristol. In our opinion this the first and wise step to make sanity prevail. Total ban on smoking might save a packet and relieve pressure on National Health Services.

Alternative of cigarettes the “e-cigarette ”, which does not contain tobacco is also being looked down upon now. And rightly so. High costs, without mirth, merriment or solace and delight. What is the gain and the point of sucking something which does not provide any nourishment to the body, but seems to propitiate and give false contentment to one’s ego.

Imagine how pleased Allah (swt) would be with a Muslim whence he stands in front of Him in a masjid or a mussalla without reeking of stench of smoking. Allah only knows best.